Narrow the scope, cut everything that isn't essential.

This is startup mantra. You aren't being lean unless you deploy to production daily and "figure out attribution later."

But what about the customer? What's best for them?

It took us 12 weeks to build Fomo v1. During this time we ideated dozens of features that we could either build now and launch later, or build later, and launch now.

Against all valley advice, we chose the former.

By spending twice as much time on v1, we achieved the following:

And that's not all. We now have native integrations with Stripe, Mailchimp, and Eventbrite, which cover major use cases for customers that don't use Zapier.

Of course, each of these integrations forced their own "build or launch" debates.

Here's a crude sketch from last month's standup meeting that illustrates this decision for Stripe: 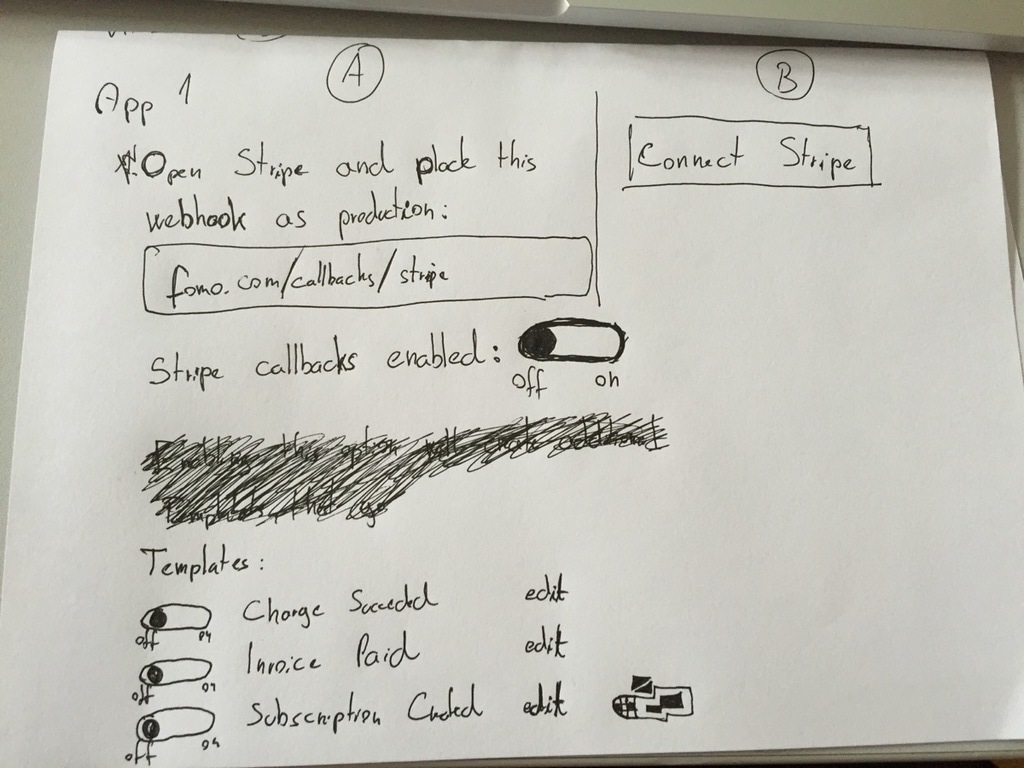 Option A (left) requires users to complete several manual steps. If we could count on our users "figuring it out," this is the easier path for us to implement technically.

If we listened to startup mantra, Fomo users would be fumbling with Stripe keys as I type this. But they're not, because we decided as a team to lean toward sexy -- we chose OAuth.

Don't see your favorite app in our integrations marketplace? Let us know.

Then prepare to love how it works.

Having a Vision, Works

Fomo is aligned around one vision: Give honest entrepreneurs the credibility they deserve. our ambitious but plausible mission to getting there? Help 100 million…