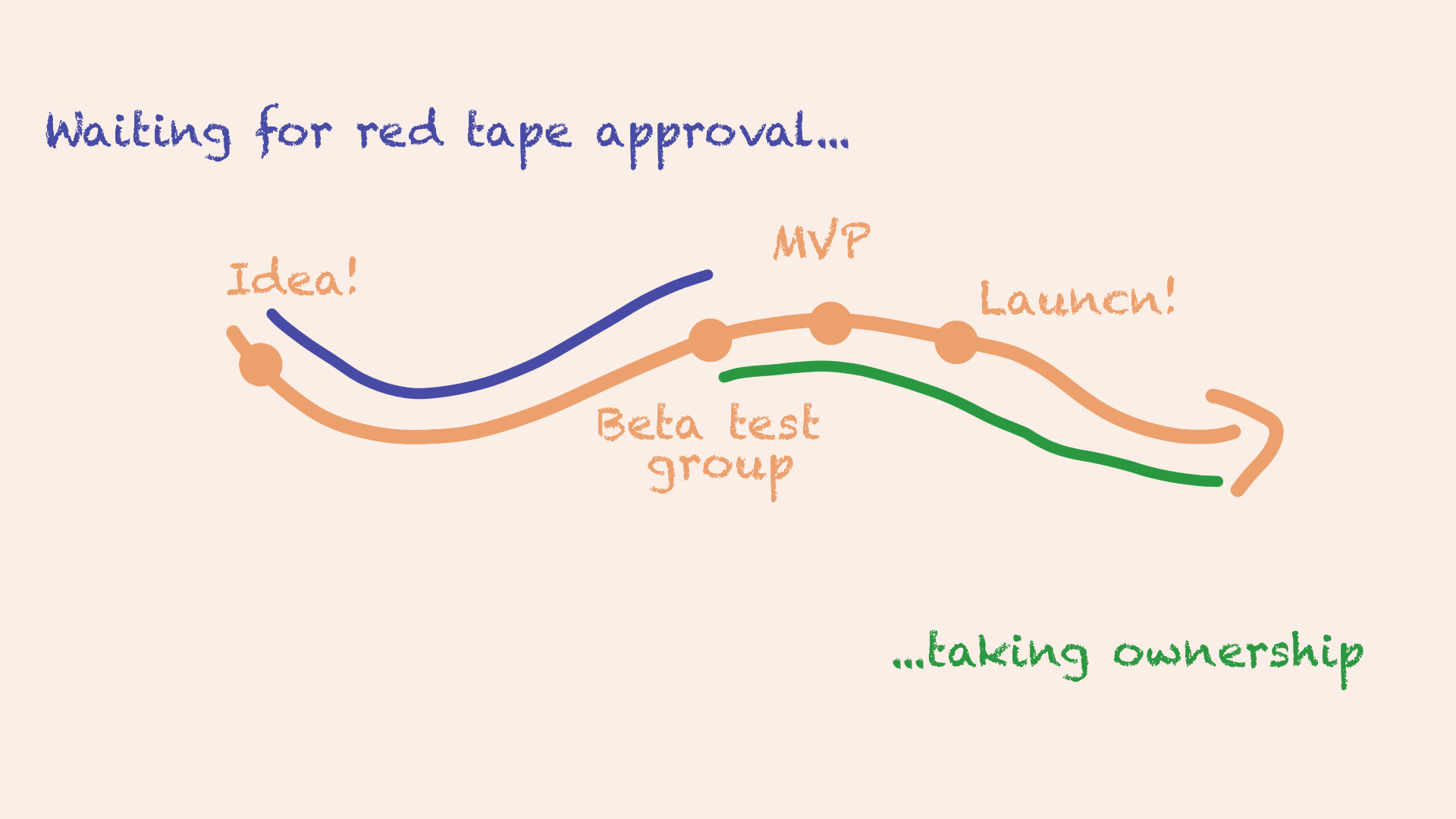 How did the team come up with the idea? What is the build process like?

Here's a peek behind the curtain of how we launched our newest feature called Fomo Inline.

The evolution and timeline of a feature

At Fomo we don't have a Product Manager, Project Manager, Portfolio Manager, or any other PM titles.

We're a lean team and if there's something cool to build, we figure it out and enlist team members to assist us on that mission.

I am by no means saying this is the right way to launch a product. Larger product teams will have more structure, resources, and sophisticated processes.

We just aren't one of those.

With that said... here's the evolution and timeline of Fomo Inline.

A large public company reaches out to learn more about Fomo. We'll call them "Big Ben" :)

Fomo is live on Big Ben!

Big Ben likes how Fomo looks on their site.

They now want to discuss "creative ideas" about how to expand Fomo's footprint on their site.

After some brainstorming sessions with Big Ben's team, we hone in on what exactly they want.

-- A detour for those who aren't familiar with Fomo --

Big Ben wants to place social proof messages as HTML text in specific locations throughout their site, like this:

This is outside of Fomo's existing toolkit so we draw up and send over a rough spec for Big Ben:

We send Big Ben's team a deck with design mockups so the Director of Product can pitch the idea to more decision makers at Big Ben.

While we wait for Big Ben's team to evaluate, we decide it's a pretty cool feature that existing Fomo users would appreciate.

So in our August monthly newsletter, we ask for Beta participants:

Big Ben's pitch "went very well". But no green light from The Powers That Be to move ahead with implementation yet.

Meanwhile, we're getting responses to the Beta inquiry!

We receive an outpouring of excited responses to be early adopters to this new feature - which we've opted to call "Fomo Messages" for now.

Our wizard engineer Klemen handles each request individually to understand how each user will use and interact with these inline messages.

We even see prospects signing up for Fomo - just to be a part of this Beta program.

We feel emboldened that we're onto something, so we expand our Beta group:

Up until now, Klemen has built unique HTML snippets for each Beta user's site.

We gather some Beta group takeaways.

On October 30th, we begin extrapolating our Beta group's learnings into a minimum viable product ("MVP").

On our weekly product standup, we outline project scope.

We work out kinks, add Help Articles, announce the feature, and watch closely as the first new users adopt the MVP.

In parallel, our full stack engineer Matevz completes finishing touches to our user-facing dashboards and settings and our internal control panel.

And that's a wrap!

From ideation to beta to MVP to full product launch, this is how we built Fomo Inline.

Our product pipeline is not derived from sophisticated analytics.

But we don't let our absence of PMs or data scientists slow us down.

One of the pros of a lean team is agility.

We have close relationships with our users, listen to what they need, and make it happen.

Sometimes it doesn't have to be complicated.

Teddy Lane is a premium fashion accessory brand specializing in the very best in luxury fashion nails. “Our designs are based on the latest…